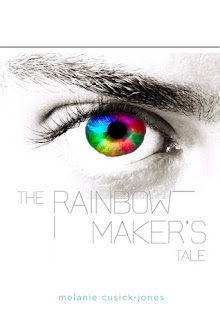 Source: Received ARC from the author in exchange for an honest review (thanks Melanie!)

Plot Summary (from Goodreads):
Outwardly, Balik is an obedient member of society on Space Station Hope: he follows The Council's systems, excels at school and seems happy to follow in his parents footsteps...

Balik's real life is filled with secrets he can share with no one. As he follows his suspicions about the space station into ever more dangerous territory it seems like his whole world will unravel around him. But, he doesn't understand everything: things are wrong, he is sure of that, he just doesn't know why.

When Cassie unexpectedly comes into his life, Balik struggles to find his balance. For years he's investigated the oddities of the world he lives in, but Cassie makes him question things in a different way... Can he believe in this girl who seems so much a part of the system he distrusts? Would she put a stop to his plans to break out if she knew what he was really up to? Balik can't be sure of anything - except the fact that he can't leave her alone.

My Review:
I read Hope's Daughter last year and was really excited to hear from the author who offered me the chance to review The Rainbow Maker's Tale! The book follows Balik and his life on the Space Station Hope as he becomes increasingly suspicious of his surroundings.

This book is billed as 1.5 in the series, as it's effectively the first book but told from Balik's perspective. Theoretically you could probably read this book first or on its own, but I'd recommend reading Hope's Daughter beforehand. I found myself drawing on knowledge from the first book and I think it really helped that the world was familiar, plus you get double the enjoyment reading both books! Saying that, I definitely enjoyed The Rainbow Maker's Tale more than Hope's Daughter so hurry up and get to this one!

The Rainbow Maker's Tale is told in first person from Balik's point of view. I wasn't too sure about him as a character in the first book, but it's amazing how much of a difference it makes being able to get inside his head! Balik has this great internal monologue throughout the book which really helps you get to know him and the way he thinks. He's a very interesting character. He's angry, socially awkward and very intelligent, and has this strong determination and drive. I think being able to clearly understand his motives made me like him more than I would have otherwise.

I thought the relationship between Cassie and Balik was expanded on really well in The Rainbow Maker's Tale. Getting to know Balik's back story and his feelings for Cassie, and why he's so desperate to befriend her was something I liked. For Balik, Cassie is someone who can help him get answers. He has all these questions about the environment they're in, and he becomes obsessed with discovering more about what's really going on. In turn, that becomes an obsession with Cassie. I think if you disregard the romantic side of things, I could totally understand his fascination with her, and he himself defines it as an obsession. He also understands how socially isolated he is and I think his awkwardness is portrayed well. I think some people may find it a little bit of an uncomfortable relationship at times when it does venture into more than friends territory (a few lines made me a bit squirmy) but for the most part I was on board. There's a great, dramatic scene about halfway through the book as well where I really felt the connection between Balik and Cassie.

What I loved about Hope's Daughter and what I still love about this series is the incredible world which has been created. Life on SS Hope is so rigorously controlled, with everything from the environment, to where they live, to the nutrition they're given and Balik is so in tune to what's happening around him. All the time is that constant feeling that more is going on and it had that brilliant, unnerving quality that I love about dystopian fiction. Even thought I knew what was coming from having read Hope's Daughter, I still got wrapped up in all the little mysteries.

The writing was definitely a highlight of The Rainbow Maker's Tale and I found it to be a huge improvement from the first book. The pacing was perfect and the writing slick and engaging. It's been a while since I read Hope's Daughter so I didn't find the overlapping of storylines too much of a problem. In fact I liked being able to spot moments and scenes from the first book! Everything came flooding back to me, and I loved getting the added information from Balik's story. The climax was my highlight because it leaves so many questions about what will happen next. I can't wait to find out! The Rainbow Maker's Tale has definitely got me excited for the rest of the series.

Rating: 4*
What to read next: Outlanders by Melanie Cusick-Jones, the 2nd book in The Ambrosia Sequence
Books like this: Matched by Ally Condie, Under the Never Sky by Veronica Rossi